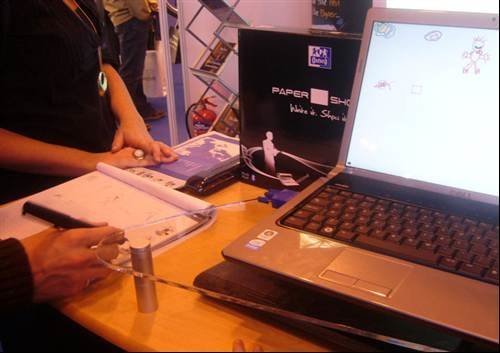 The pen is mightier than the board. Paper Show was one of the few business products at the show. The bluetooth pen and USB receiver allows a laptop and projector or large screen display to be used as a digital whiteboard. The pen has a built-in infra-red camera that picks up microscopic dots on the special paper required. The movement of the pen is recorded on the screen and the ink in the pen marks the paper as normal. The Oxford Papershow pen can be used on its own or with Microsoft PowerPoint.