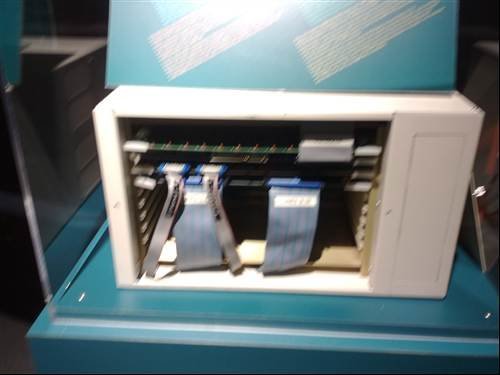 Part of the IT exhibition at Cern

This month is the 20th anniversary of the Web, which was invented by Tim Berners-Lee at CERN in March 1989. Berners-Lee worked on a way to share documents between the research communities at CERN. He developed the HTTP and HTML protocols and a web server running on a NeXT Cube Unix workstation, which became the first version of the worldwide web. On March 13 2009, Berners-Lee and fellow Cern colleagues returned to the particle physics centre in Geneva, to celebrate the web's 20th birthday and discuss the future.
View All Photo Stories