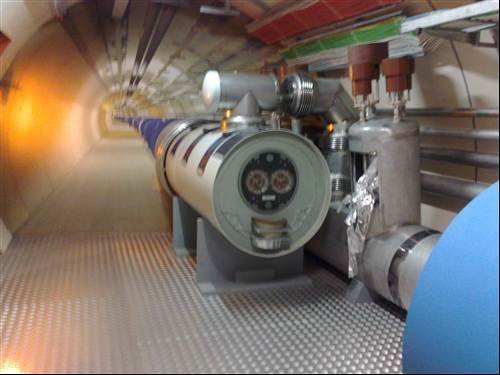 A wider view of a different part of the LHC's bending magnets, this time showing a focusing magnet cross-section.