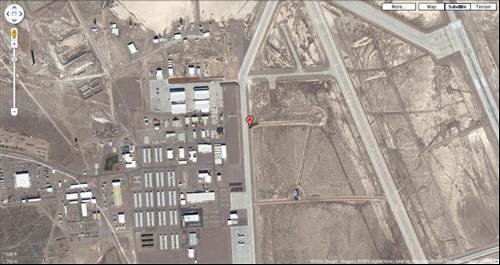 Area 51 is a nickname for a military base located in the southern portion of Nevada in the western United States (north-northwest of Las Vegas). Situated at its center, on the southern shore of Groom Lake, is a large secretive military airfield. The base's primary purpose is to support development and testing of experimental aircraft and weapons systems.