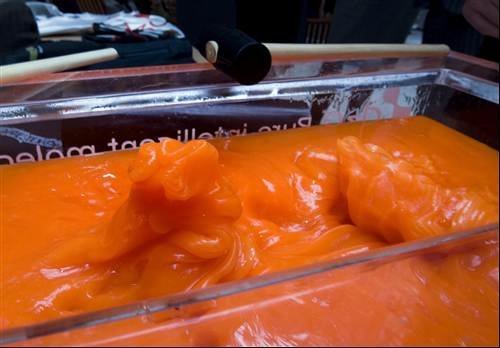 D30 is an intelligent shock absorbing material, but here it looks like a vat of neon goo. Soldiers will wear the goo under their armour, which will protect them during battle. It would harden on impact, but goes fluid again when the impact energy disperses.