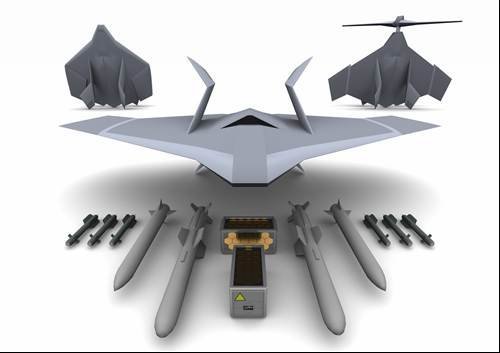 The different parts of the novel air concept system, an unmanned air system that can operate in cities. The system is one of the “visions” the MoD introduced. The ministry is hoping it will stimulate new technologies and new uses of existing ones.