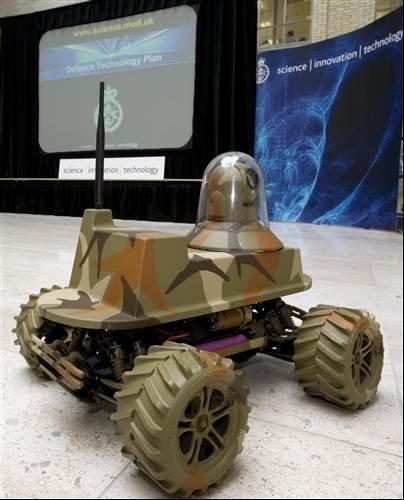 Testudo was developed by Mindsheet, a small Hampshire-based business. Altogether there are four “unmanned ground vehicles” (UGVs) fitted with thermal imaging and motion detectors. The MoD says the robots are part of a range of mini-vehicles that could help give UK forces the edge on operations.