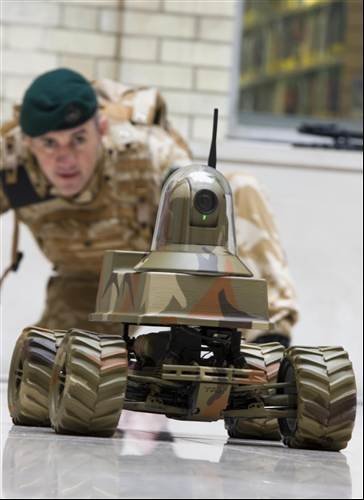 A ground robot called Testudo. The camera on the robot is controlled by a touch screen, while an X-box controller controls the movement. The robot could be used as a scout for troops. So it can go around corners or into a room and have a look around, to make sure there are no surprises for the troops when they get there. And because it’s small and agile, it can get places where bigger machines (or people) can’t go.