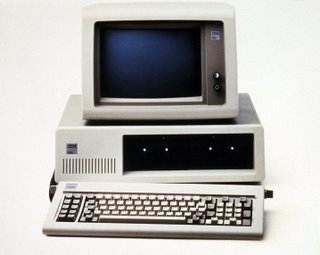 The IBM 5150, which was introduced on August 12, 1981 was part of a line of PCs as IBM attempted to get into the small computer market then dominated by the Commodore, Atari, Apple and Tandy.