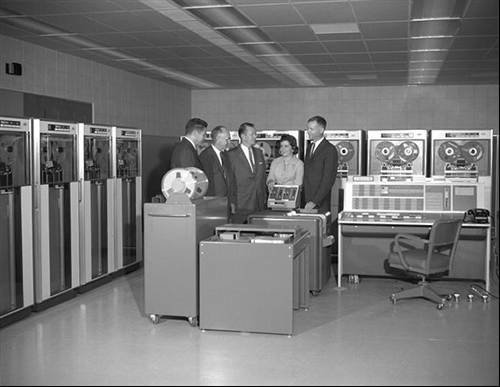 The IBM 7090 (operator console pictured) was designed for large-scale scientific and technological applications. The first 7090 installed was in November 1959. The typical system sold for $2,900,000 or could be rented for $63,500 a month.