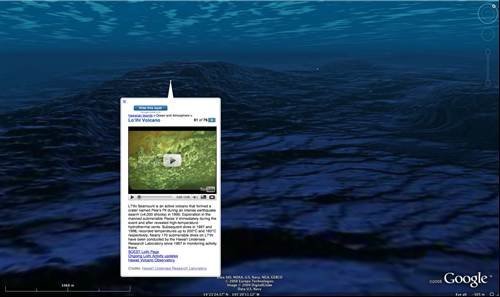 An under-water active volcano in Hawaii, called Lo’ihi Volcano. It formed an under water crater during an intense earthquake swarm in 1996.

Google 5.0 brings a host of new tools to its users, including the ability to explore the surface of Mars and the bottom of the ocean.
View All Photo Stories
SearchCIO
SearchSecurity
SearchNetworking
SearchDataCenter
SearchDataManagement
Close