Snowman on Wandsworth Common during the white out 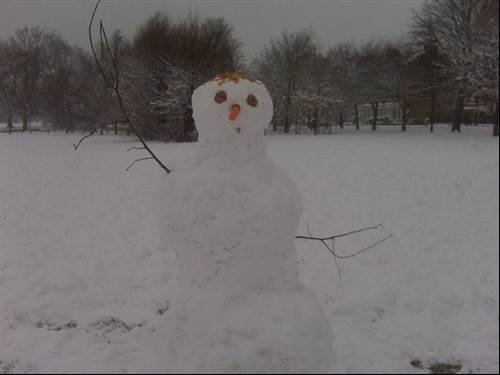 Snowman on Wandsworth Common during the white out

This snowman was James Garner, web editor's effort, and was taken on his Blackberry on Wandsworth Common yesterday 2 February during the white out... that's why there's not much definition!

Heavy snowfalls have caused travel disruption across much of Britain, keeping many people away from the office.

In greater London, where Computer Weekly is based, we've been experiencing the heaviest snow to fall for 18 years.

Computer Weekly staff have been snapping the snowy scenes in their areas - if you're snowbound too, send us your photos for the gallery and we'll post the best online.

Tip: Stuck at home and want to find out how others are faring with the weather? Try a Twitter search on #uksnow.