Take That at the O2 arena 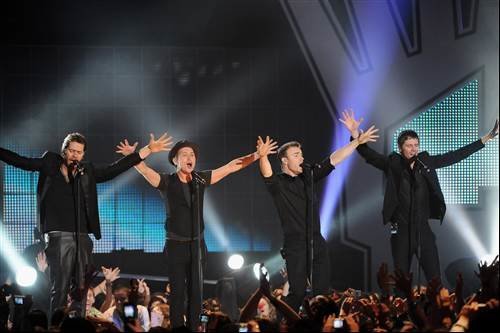 Take That at the O2 arena

Take That’s performance on New Year’s Eve in 2007 was broadcast live. The O2 was designed so the broadcast operation can be mapped together with the IT side of the operation, so anything that happens in the arena can be converted and streamed through any medium. For Take That, cameras were placed all around the arena and plugged into the broadcast network. A piece of coverage technology in NEC’s data room was then used to convert the broadcast feed into an internet-friendly feed.