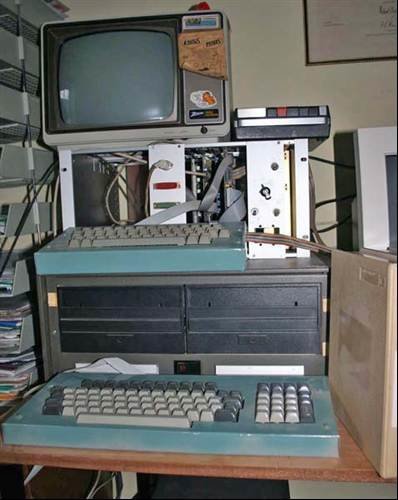 Some machines soon become part of the family. Mike Durkin's 1978 self-built computer was "originally known as Phredd but after I installed all the cards into the rack unit, my sons renamed it Orac after the machine in Blake’s 7." Given its rich family history, it's no wonder that Mike says "I could not think of parting with it until it fails beyond repair!" He goes on to explain a bit more about its origins: "This pile of kit has at its heart a Nascom2 I built from a kit about 1978. At this time I was getting techie withdrawal symptoms having moved from technical to project management. I had the use of the hardware lab at lunchtimes where I worked at Plessey Research so was able to debug the hardware issues. I would not have recommended building this to anyone else unless they had at least a dual trace oscilloscope available! "A bit later I added more memory to bring it up to 64K and a disk drive controller. I then wrote the bios code and a customised version of CP/M an