The Church of Englands 1895 Millionaire 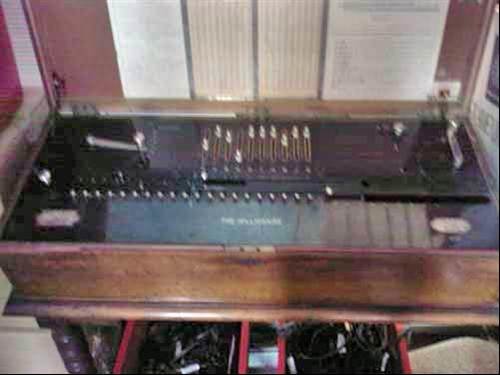 The Church of Englands 1895 Millionaire

John Ferguson, Head of IT & Office Services at The Archbishops' Council of the Church of England (the church's organisational headquarters), sent in this photograph of a very venerable old machine... John says: ' The 'Millionaire' is generally acknowledged as the first commercially-successful calculating machine that could perform multiplication directly rather than by repeated adddition. This is a genuine artihmetic machine, still in working order, dating from 1895.' He goes on to say: 'This is the mainstay of our Doomsday site in the event of a compete universal long-term power failure combined with a battery shortage in London!' (He's joking... I hope...)