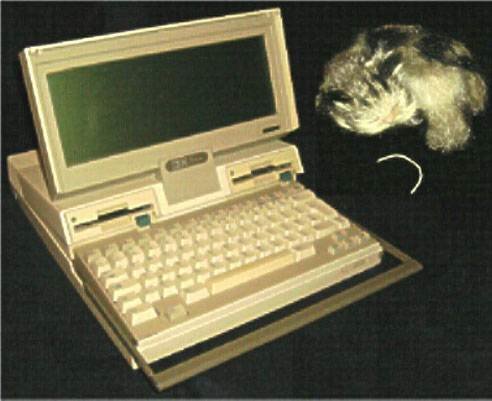 David says: "I believe this is the first laptop model that IBM brought out in about 1982. It runs at a massive 2 Mhz with minimal memory and 2 x 3.5in floppy drives. It has a thermal printer which can be mounted onto the rear. Despite being built of cast aluminium it was very heavy and very slow. It also still works, albeit very slowly. We continued with mouse -use experiment, but the office cat put paid to that as you can see. Only the tail now remains. I keep it 'cos it cost me an arm and a leg to buy, and along with my TRS 80, I'm going to have it buried with me, unless someone wants to buy them off me to put in their museum!"