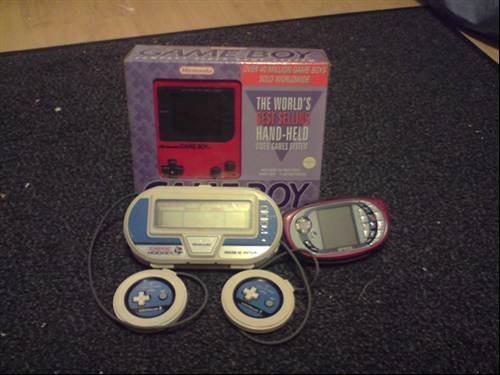 If you were alive in the nineties you either had a Gameboy or new someone that had one. Before it was released there were mixed views about the Gameboy as it had a green and black screen and two buttons. The graphics weren't great and the Sega Gamegear seemed superior. When it was launched, Nintendo had really hit the big time. This was largely due to the fact that it was bundled with Tetris (In 2007, Tetris came in second place in IGN's "100 Greatest Video Games of All Time") which was a worldwide phenomenon. They even released a single. The Gameboy then took on several different guises including Gameboy Color, Gameboy Pocket and eventually became the Gameboy Advance then the Gameboy SP. Almost 120 million sold wordlwide, I think it's safe to say the Gameboy was one of the greatest consoles ever. Picture includes a Game and Watch and a Nokia N-Gage.