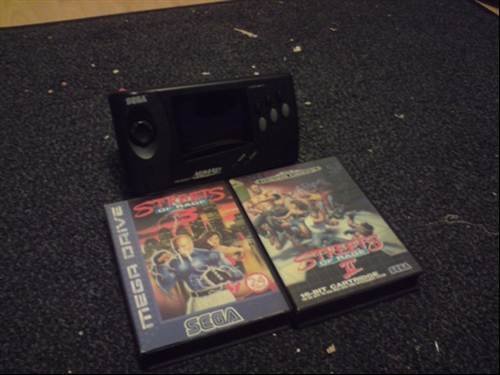 Continuing with Sega, I had to include the Nomad. What a brilliant idea, make a handheld MegaDrive that plays all your MegaDrive games. One of the pitfalls of the Nomad was the battery life, in order to play it properly you had to plug it into the mains which sort of defeated the purpose of a handheld. In the picture you'll see the Nomad with Streets of Rage 2 and 3. The Nomad was never released in the UK but you can now buy a handheld Sega MegaDrive with games already installed on it.