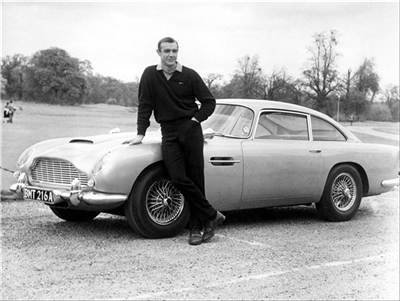 The most iconic car used by 007 is a silver Aston Martin which has appeared in Goldfinger, Thunderball (1965), GoldenEye (1995), Tomorrow Never Dies (1997), Casino Royale (2006) and is due to make a return appearance in Quantum of Solace (2008). Admittedly, it has not always been the same vehicle but it has always been a non-standard production model. The first car had revolving licence plates, tyre slashers, a bulletproof shield, machine guns behind the headlights and smoke and oil sprayers at the back. Most famous of all was the ejector seat on the passenger side. IT and sports cars have always been intertwined with many bosses of manufacturing firms favouring Porsche models. Maybe the return of the Aston Martin will spawn a new craze – if anyone can afford anything larger than a bicycle during the recession.