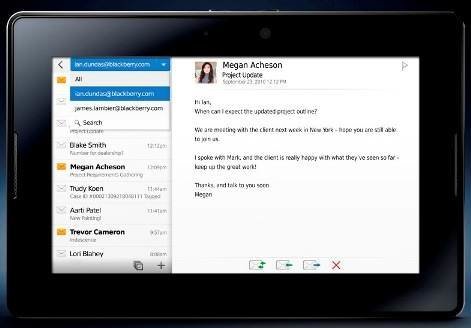 The Blackberry Playbook can be synched with Blackberry smartphones to allow larger tablet display of email, calendars, tasks and documents. This connection is enabled via Bluetooth 2.1.