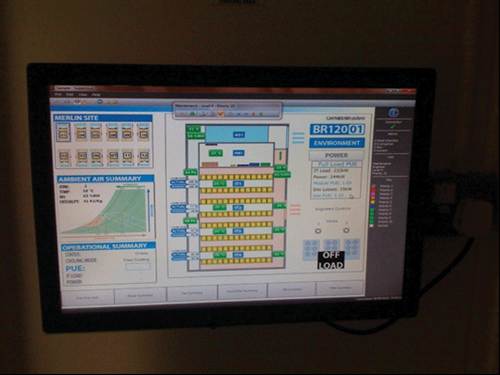 Each mini datacentre module has its own management software. Everything is monitored constantly and any change is reported in real time.