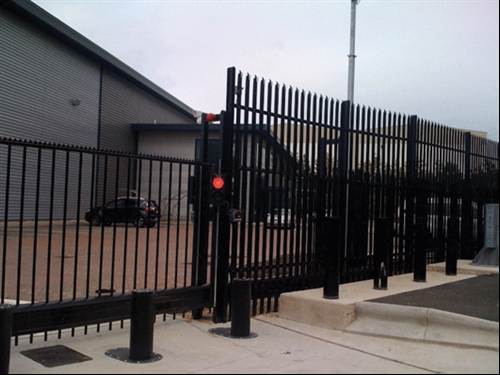 The former car factory in Swindon has multiple lines of security at the perimeter.