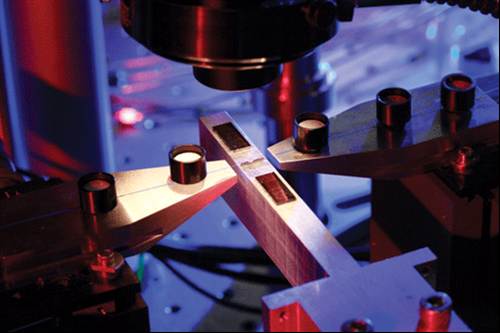 Testing the the 40Gbps Laser Modulator, in the first phase of development back in 2007.