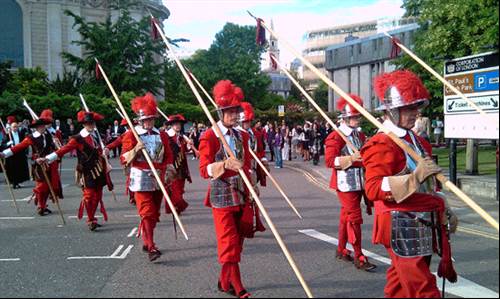 Information technologists head through the City of London with the Royal Charter. The 750 members of the livery company raise money for a wide range of charities, including hospices for terminally ill children. WCIT volunteers work with the Lilian Baylis School, one of the worst performing schools in London. Member are also providing pro-bono IT advice to arts groups, ranging from small theatres to the Royal Opera House, and acting as mentors to young people and would-be entrepreneurs.