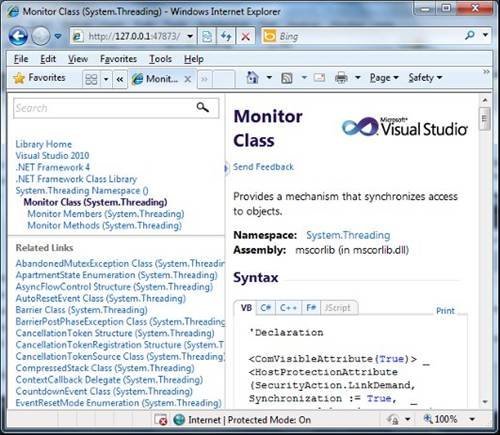 Parallel programming, which is necessary to exploit today’s multi-core processors, but challenging because multi-threaded applications are hard to code without introducing errors. Visual Studio 2010 has better support for parallel programming at every level, from the core framework and libraries through the debugging and profiling tools. Although .net has always supported multi-threading, manual coding of thread management is both difficult and unsatisfactory. It is difficult because of the complexity of thread synchronisation and unsatisfactory because the programmer cannot know in advance how many cores are available. The Task Parallel Library in .net 4.0, and the Concurrency Runtime for Visual C++, offer intelligent runtime scheduling that is aware of the capabilities of the machine.