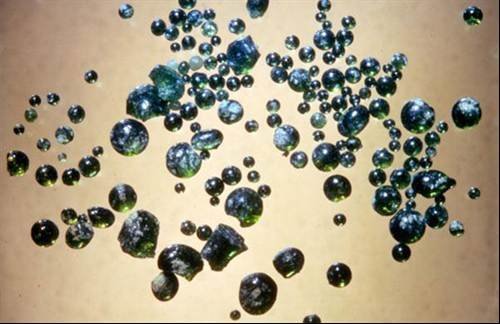 2008 (July): Researchers re-examining tiny spheres of volcanic glass collected during the Apollo 15 and 17 missions in the 1970s found small amounts of water in them for the first time, suggesting the moon's mantle has about half as much water as the Earth's.

NASA's LCROSS mission is the latest in a series of attempts to divine water on the moon – some have hinted that our nearest neighbour may be something of a watery oasis, while others suggest that view is just a mirage.