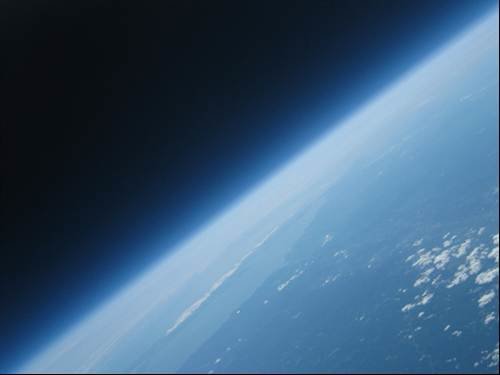 After four hours, the balloon reached its peak altitude, an estimated 28,350 metres above the Earth's surface. At this height, the curvature of the Earth was just visible.

Earlier in 2009, a team of Spanish students launched a €1000 balloon-borne probe that made it to 30,480 metres using a bigger balloon.

Larger balloons have more room to expand before breaking as the pressure of the atmosphere decreases with altitude.