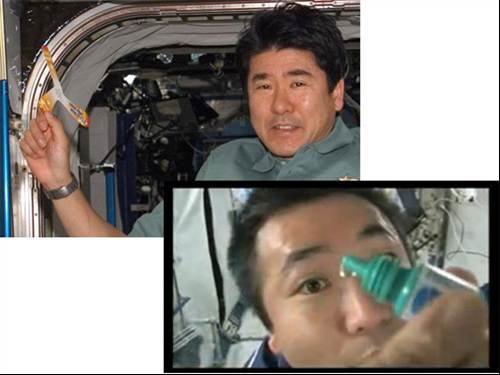 In 2008, astronaut Takao Doi threw a boomerang to see whether it would return to its pitcher. It did, since boomerangs' looping paths result from uneven forces on the curved devices exerted by the air they travel through – not the influence of gravity.

Earlier in 2009, astronaut Koichi Wakata performed a series of tasks suggested by the public that included riding a flying carpet, folding clothes, and applying eye drops.