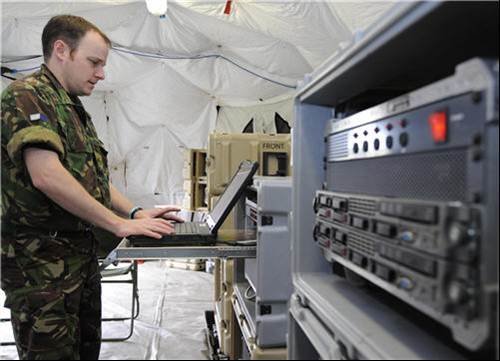 This containerised data centre will supply the processing and networking needs for an entire army.