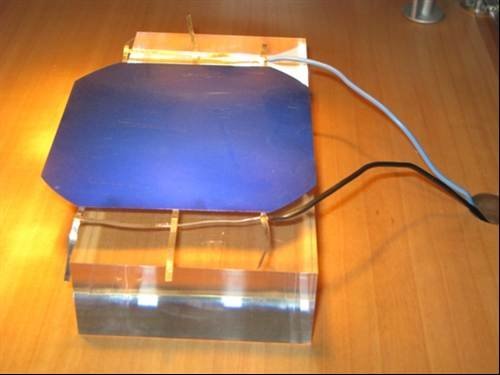 One of the solar cells that cover the upper surface of the wings and tail stabiliser. Advances in silicon-based photovoltaic technology mean that the cells can turn about 22% of the total solar energy falling on the cell into usable electricity.