Go on, get your hands on IT's past - National Museum of Computing 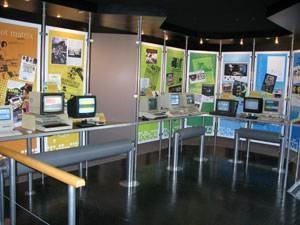 Go on, get your hands on IT's past - National Museum of Computing

The hands-on section. All the PCs work, allowing dads (and mums) to show their offspring how things were in their day. The games have lost little of their appeal, despite the availability of World of Warcraft and Civilisation, says Lin Jones, the museum’s project leader.