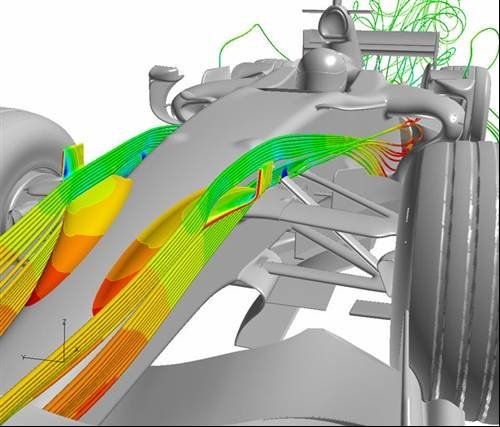 The airflow to the sidepods is vital for the engine cooling system. In 2008, Renault F1 drastically modified the sidepod design just before the Japanese Grand Prix. The changes reduced drag and improved the efficiency of the rear wing and diffuser which probably contributed greatly to Fernando Alonso’s storming end to the season.