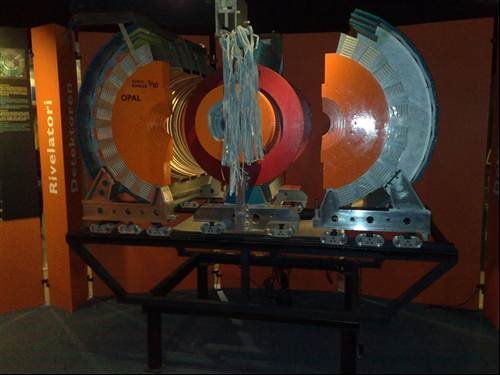 A 1/10 scale model of a particle detector called OPAL, which collected data at CERN's LEP accelerator from 1989 to 2000.