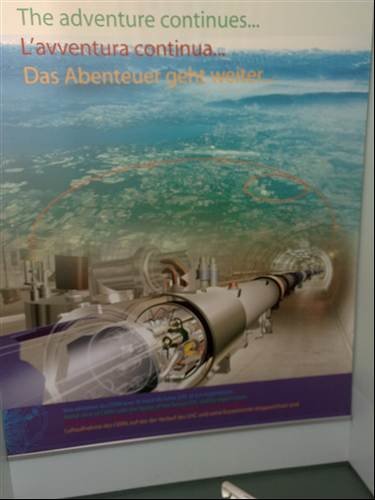 A poster showing an aerial view of the Geneva area with the position of the LHC accelerator marked in orange. The bottom half is a simulation of the LHC in its tunnel.