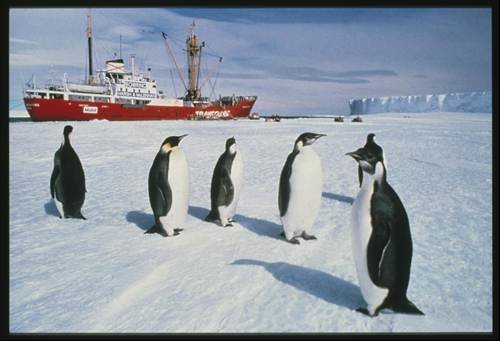 The 'Benjamin Bowring' in Polarbjorn Buchte (on the Greenwich Meridian) where we unloaded our cargo for the Antarctic sector of the Transglobe Expedition.