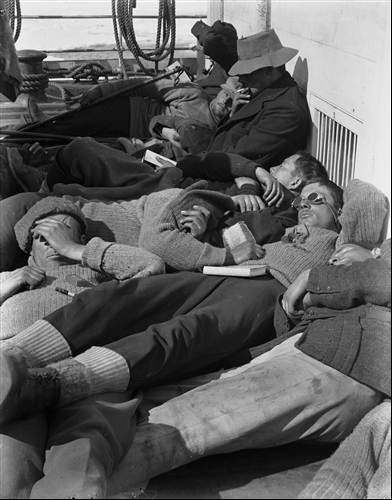 A warm day in the pack. British Antarctic Expedition, 1910-13