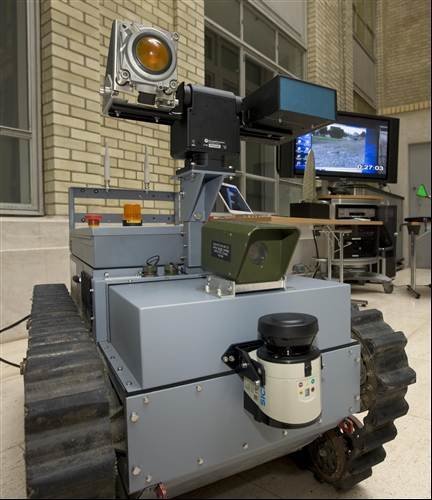 The MoD says Saturn is an “integrated system with one high flying and one mini UAV (Unmanned Aerial Vehicle), and a UGV (Unmanned Ground Vehicle) with a control station fusing data from visual, thermal and radar sensors”. I think this means there are three robots stuck together. One flies high, one is small and flies, and the other stays on the ground. And they can see stuff.