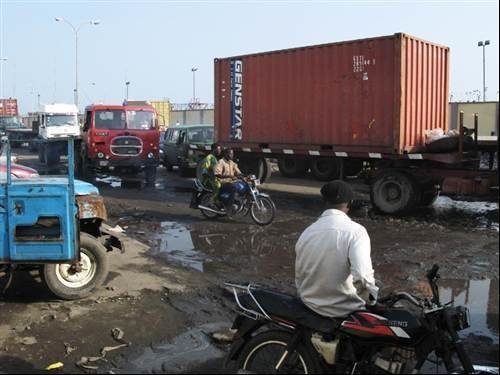 The TV was crammed into a container with similar TVs and shipped, without being tested to see if it worked. It is illegal to export broken electronic goods under EU legislation. Greenpeace followed the complete e-waste trafficking route by hiding a tracking device inside the TV that provided location updates via GPS.