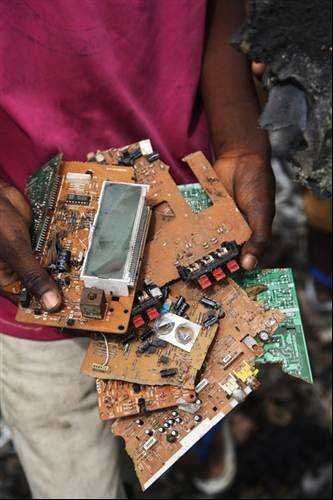 The poorest people, often children, break apart TVs, mobile phones, game consoles and other electronic items that arrive in their tonnes across the developing world. With no safety measures, they are exposed to highly toxic chemicals, including mercury, which damages the brain; lead, which can damage reproductive systems; and cadmium, which causes kidney damage.