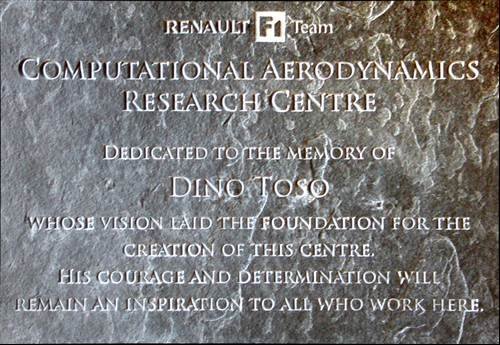 The Renault F1 computational aerodynamics research centre is dedicated to its former aerodynamics director Dino Toso, who lost his battle against cancer in August 2008, aged just 39.