More winners at the ceremony 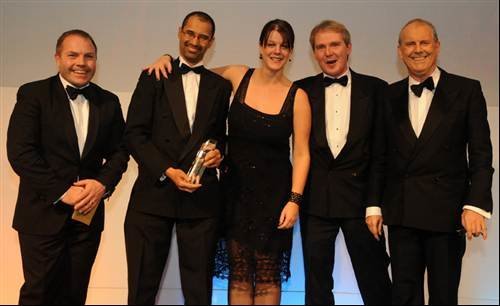 Garlik won two awards on the night for their DataPatrol product: Web-based Technology Project Award and the BT Flagship Award for Innovation. Here Tom Ilube and colleagues collect one of their two trophies.