Project manager of the year, Tina Sands of National Grid 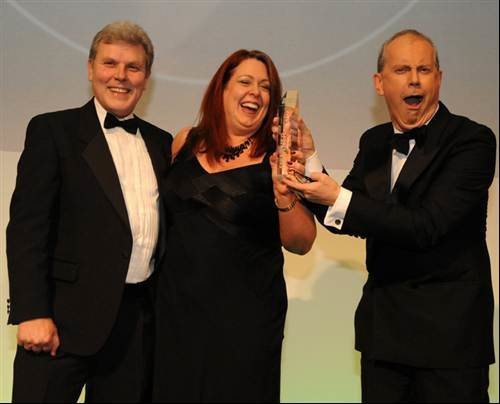 Project manager of the year, Tina Sands of National Grid, collects her award from host Gyles Brandreth. You can watch Tina's reaction after receiving her award in our video coverage.