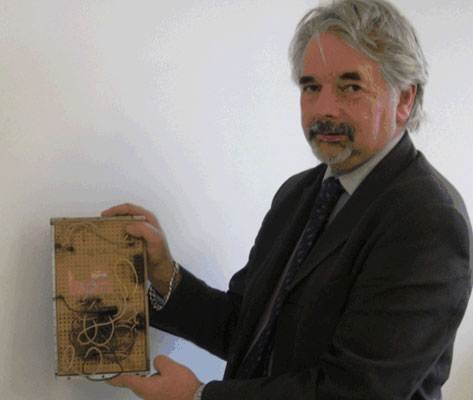 When Chris Broad, head of ISaT for UKAEA, joined the 'accounts computing' department in the late 1980s, he inherited a hardware archive from the previous head of department, who was definitely a hardware hoarder. A habit that Chris has kept up! Shown here is a "programming board from a tabulator produced by The British Tabulating Machine Company (which became ICT then ICL). This item is believed to be from a BTM 555 and dates to the 50s - see photo of original programmer!"