Being a CIO is both interesting and satisfying.

Being constantly challenged and under pressure does not stop most CIOs from enjoying their jobs. However, there is a relentless pressure on them to improve, particularly in five areas – influencing their boards more effectively, inputting to corporate strategy more incisively, keeping their company competitive and innovative, delivering better value for money and keeping users happy.

There is a sixth critical area, related to all of these, where CIO activities are often taken for granted – managing suppliers more effectively and getting better value from them.

And all this under the pressure imposed by rapidly evolving technologies and reduced timescales for action.

Getting value from suppliers

The best CIOs, whatever their original discipline or expertise, are very managerial. However, not enough IT leaders have reinvented themselves as needed, with a strong focus on communication and influencing skills, intimate understanding of the business value of IT, not to mention the ability to play politics.

CIOs who are just seen as implementers do not have much of a future. However, most CIOs are sick of hearing these points – they resonate through practically every study of CIOs that I have seen – and I've seen many. It is not enough to go to business school to learn – it is a culture change, involving thinking about things in a new way.

One opportunity area is how CIOs think about their suppliers. IT leaders are assailed by product documentation, performance comparisons, whitepapers on business and technical issues, and the like. Yet only a few CIOs make the time to back off a bit, to consider whether the partnerships they are establishing with suppliers will yield the results they need.

Know the nature of the beast

Think of suppliers as animals. Eagles and vultures may have technology to make you gasp, but they also have a nasty habit of swooping down from the sky to make a killing. Lions are proud, majestic and competitive, but need to be tamed to get the most out of them. Snakes are a little slippery, and giraffes have a great view of technology trends but may not deliver. Hippopotamuses can emerge from beneath the water to give you a nasty bite. And watch out for the piranhas.

These beasts have much in common. They have a brain which comes up with new products and services, a mouth which sells them to you (but may also bite you by selling you what you don't need, or cannot make work, or that you have to pay too much for), wings and/or legs that do the implementation, and a rear end which is often seen disappearing very quickly into the sunset when you have paid, and can also leave behind some interesting concoctions.

CIOs know the nature of most of the beasts they have to deal with, but it is easy to be lulled into a false sense of security by the siren songs that emerge from the mouths of these supplier beasts.

This applies particularly to the promises that are made but not clearly and fully documented, whether about deliverables or costs. Of course, many IT projects are complex, difficult to implement and with high levels of uncertainty. That is why choice of partner is particularly important.

This is not a school lesson in biology. It is friendly advice to CIOs, that one secret of success in managing suppliers is knowing the nature of the beast. Many CIOs have found out to their cost that not spending time and mental energy in understanding suppliers leads to pain or even death (i.e. the loss of their job). 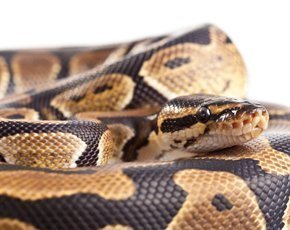 So, why the analogy of animals as suppliers? Because it helps CIOs think creatively about the nature of the supplier, how to manage them, perhaps even to think the unthinkable. Here are some examples of suppliers I know of (mentioning no names).

Simple in shape, perhaps only selling software, but slippery and dangerous – often the latter only when disturbed by facing the unexpected.

Some of them can be charmed by experts and produce interesting results. However, you might not want these as long-term partners, by day or particularly by night (when you cannot see what they are up to).

Strong and loyal, protective of its own, generally happier moving in a herd.

They probably won't win the race for innovation, but they are great when you need something big and reliable – dare I use the phrase "industrial strength"?

They can move very fast when needed, probably in a thundering herd, but don't expect too much sophistication and fine-tuning from them.

Slightly aloof and with a great view – maybe not from 50,000ft, but still from a lot higher than you.

These guys map out the land well, but they can have some difficulty dealing with the on-the-ground basics (have you seen a giraffe grazing?). You might get a good overview and even recommendation from this one, but don't rely on it for delivery. 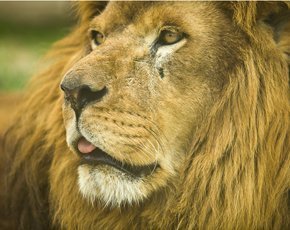 These guys may be kings of the beasts, proud and majestic. There is no mistaking the identity of these ones – they are so seriously competitive that they are often more concerned to knock out their challengers than with the welfare of other lions.

So although they may be good to have on board for innovative, crowd-pleasing projects, they need to be tamed quickly, perhaps even put back in their cages, if you want to live a long and a happy life.

Boy, do they think they are great, as they strut around in pride.

They are narcissistic (a common problem in management). They believe no one can beat them. However, everybody can, because they do not have the brains to identify their own vulnerabilities. You can't live forever by strutting around – eventually you have to get down to hard work and deliver.

They may seem a bit like the buffalo above the surface, but do not be fooled by its vegetarian status.

This one has the nasty habit of coming up underneath you when you're in the water (i.e. vulnerable) and taking a big bite. Not too different from the shark in that respect, so not one to trust.

How to tame suppliers

Tell us what you think

We would love to hear what you think of these articles. We are also keen to interview CIOs about their view of what we are writing – the interviews can be by email, phone or face to face. These interviews will of course be strictly anonymous, unless you would like to be quoted. Email Bill Goodwin to share your thoughts.

When you are evaluating suppliers, especially for new applications and major projects, think hard about the nature of the beasts with whom you are entering the cage.

When you are evaluating their proposals with your team, have a bit of fun. Put up the names of the suppliers and get some pictures of animals, and ask your team to match them and then justify their match. Then ask them which ones they would like to share a cage with.

You might also show like to them the Monty Python video on the accountant who wanted to be a lion tamer, because the success of managing the beast depends on – you! It isn't just an accountant's job.

This is the first in a series of articles from Merlin Stone looking at how CIOs can view the world, deal with the pressures imposed on them by the business, and share the burden of change with their peers instead of feeling that they are the one that need to change.

Merlin Stone is an experienced manager, consultant and academic who has advised many systems suppliers and clients.