On 27 January 2010, Apple launched the iPad, and sparked something of a revolution in mobile computing. Tablets have since become the computer of choice for many people, and the consumer-oriented devices have increasingly found their way into business life.

Many companies have since been attempting to take a piece of the Apple pie by releasing various competing models, from the hundreds of Android devices on the market – sparking court cases galore – to a handful of Windows devices and the BlackBerry Playbook.

“The consumer purchases a tablet and goes into work, acting as a brand advocate,” says Ovum principal analyst Richard Edwards. “They use it in every other area of life, so why not work? That’s how Apple has got so much scale.”

IT departments are bracing themselves for an influx of mobile devices, which will put a strain on the corporate Wi-Fi network and potentially open up companies to data security issues. But tablets have been suited more to the consumption of media than as devices for the enterprise.

There is a general lack of business software, but Microsoft is about to introduce a new option for CIOs with its launch of Windows 8 and Windows 8 RT on 26 October. The new version of Windows is tablet-optimised and could bridge the gap between Windows-based desktop computing and tablet computing, which has previously been limited mainly to Android and iOS devices. Research from Ovum has found people would like to use Andoid and iOS devices at work.

“We’re almost giving up the desk to become very mobile”

“We’re in a transitionary space right now, where we’re almost giving up the desk to become very mobile,” says Quocirca principal analyst Rob Bamforth. “But it’s still difficult to call whether people will prefer something entirely tablet-like or the legacy keyboard.” A number of hybrid devices have been launched recently, in the run-up to Windows 8, including HP’s Envy x2, Dell's XPS Duo 12, Toshiba’s Satellite U920T and the Archos Gen10 XS. These hybrid devices have both touchscreens and keyboards – the latter either detaches or flips around to turn the device into a slate. The launch of Windows 8 will undoubtedly cause a stir in the coming months, but will its software encourage business users to invest in Windows 8-based tablets? To investigate this question further, Computer Weekly has looked at three devices to see how Android, Windows 8 and iOS fit in the enterprise 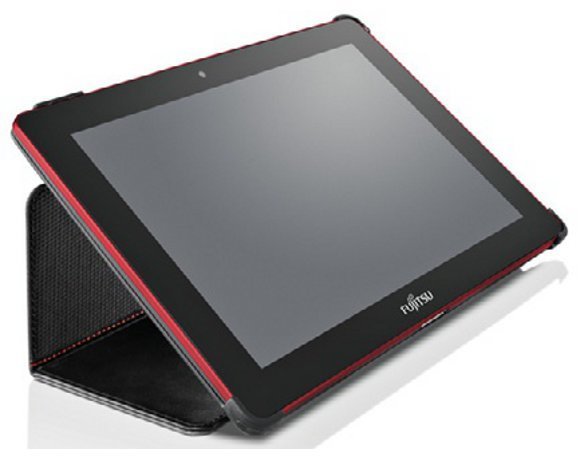 According to Fujitsu, users of the M532 can securely access business applications, data and company intranets. It is built specifically to protect any sensitive company data against leakage and unauthorised access. “The full range of devices support mobile device management services. For example, we have a Fujitsu managed mobile service that enables IT departments to remotely install, update and wipe a tablet,” says Dave Shaw, product manager for Stylistic tablets at Fujitsu.

The supplier also ships the device with Absolute Computrace, which enables the M532 to be tracked and wiped remotely, even if the drive has been formatted, providing peace of mind to both the user and the company’s IT department. Available for £462, the device looks stylish, can be held in one hand, and features a highdefinition screen and 8.4 hours of battery life. In terms of storage, it includes 32GB of flash memory and is configured with 1GB of RAM. The M532 comes pre-installed with £100 worth of business applications, including Citrix VMware View, ThinkFree Office, ES File Explorer, and Norton Security with a one-year subscription.

Windows is likely to remain king of the enterprise desktop, laptop and PC market for the foreseeable future, but how well can it run on a tablet?

The Samsung 700T tablet is what used to be called a slate PC. Originally released in 2011, it is a full-blown 11.6in touchscreen PC without a keyboard. It is currently selling on Amazon for £766. 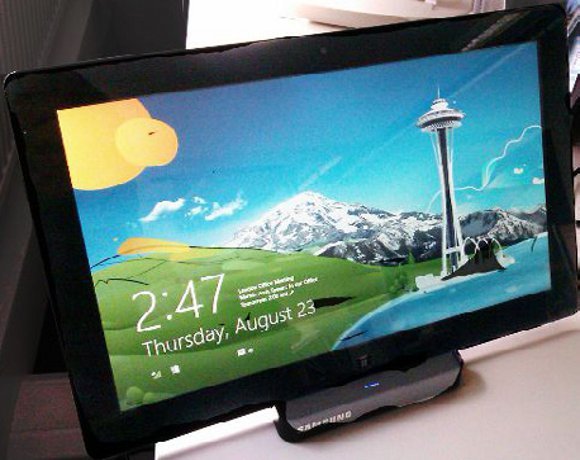 The 700T is powered by an Intel Core i5 2467M 1.6GHz processor, has 4GB of RAM and features a 64GB solid-state disk. The screen is high resolution with vibrant colours. With a bluetooth keyboard and wireless mouse, the Samsung 700T could easily replace a notebook PC. The included docking station, which measures 11x10x1.5cm and doubles as a stand, has an Ethernet connector and an HDMI port.

The device is well-suited to running the final shipping version of Windows 8, with its touchscreen user interface. As expected, with Microsoft ActiveSync, connecting the Samsung 700T to an Exchange email server takes seconds, which should not burden the IT support desk. It requires a Windows Live account and connects seamlessly to Hotmail and Gmail.

There are not yet enough applications in the Microsoft Store to assess the suitability of this Windows 8 tablet as an enterprise device, but more Windows 8 software is likely to be become available when the new OS ships in October. Weighing just under 1kg and with battery life of around four to five hours, it is certainly not a tablet that could be used on the road all day. But the Kindle app works well and the large screen makes reading in landscape format particularly comfortable. It will be interesting to see how the Samsung 700T works in a full enterprise environment, as and when virtual private network, anti-virus, enterprise resource planning and business intelligence software, and apps such as Citrix Receiver, are certified for Windows 8.

The Apple iPad is clearly the king of the tablet world. Apple’s ringfenced, yet sophisticated, ecosystem has managed to lock millions of customers into buying through iTunes, which could prove a barrier if businesses want to develop their own custom iPad applications for employees. 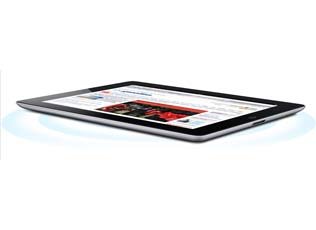 Featuring a 1GHz dual-core ARM chip, reviewers and analysts have always championed the iPad as a fantastic piece of kit. However, even as a leader in the tablet market, the iPad has never been aggressively targeted at business users. It is the most popular tablet in UK businesses because people buy it for personal use and take it into work. Prices start at £399 for the basic model. Due to the extensive app store, there are plenty of features and applications that work really well and aid the iPad in its work duties. The iOS operating system supports ActiveSync for connecting to Microsoft Exchange, while Citrix Receiver and Wyse PocketCloud deliver a Windows desktop for the iPad. Enterprise applications such as Microsoft OneNote, Salesforce.com, Sage and Oracle Expenses are available in the Apple AppStore.

Along with a variety of planning, note-taking, file-sharing and scheduling apps, the iPad can contend with many of the made-for-enterprise tablets on the market. Its biggest downfall comes from a lack of multi-screen technology, which is now available on Android operating systems. It can become quite convoluted switching between different applications and web pages – something fans hope will be fixed in a future upgrade of the operating system.

There is also an array of choice when it comes to Apple accessories. Cases with in-built keyboards can increase productivity, and many do the job well. However, with an already expensive piece of kit, this is an additional cost. Surely if typing on the iPad – or any tablet for that matter – is so difficult, an ultrabook or transformer model tablet would be a more convenient tool?