This article can also be found in the Premium Editorial Download: Computer Weekly: IT giants Dell and EMC unite

Andrea Powell is a CIO on a mission. She leads the business technology strategy of not-for-profit agricultural science organisation CABI, which has been gathering data about insects, and much other environmental science besides, for over a century.

Founded in 1910 as the Entomological Research Committee for Tropical Africa, CABI (Commonwealth Agricultural Bureaux International) was, in the 1970s, a pioneer in electronic information publishing. Its abstract and indexing, and bibliographic databases long existed online, before the web, and migrated through the new-fangled media of CD-ROMs to today’s internet.

CABI employs some 400 people in 21 places, is headquartered in Oxfordshire’s Wallingford, and has 48 member countries, including non-Commonwealth nations, such as North Korea, Vietnam and Switzerland. Donors include the UK’s Department for International Development, the Bill and Melinda Gates Foundation, and the Swiss Agency for Development and Co-operation. It has a scientific publishing business, which includes the CAB Abstracts and Global Health bibliographic databases.

It broadly helps farmers in more than 70 countries improve crop yields with practical and region-specific advice on combating threats from pests and diseases, and information for researchers and academics.

A CIO from the business

Powell is an unusual CIO in that she did not emerge from an IT department. Nor has she come into the role, which she took up in January of this year, from an IT-related function, such as finance or HR. She came from the business – the entity with which IT always aspires to be aligned.

She also has a political hinterland in environmental politics. She stood as a Green Party candidate in the recent elections. And her brother-in-law, Richard di Natale, is the leader of the Green Party in Australia.

Powell joined CABI on a one-year contract as a marketing executive for publications 24 years ago. She says “I’ve taken a different route to many CIOs. I’m not a technologist, though I have had responsibility for IT. My background is really in digital publishing.

After the financial crisis of 2008, CABI, like other STM (Science, Technology, Medicine) publishers faced a stagnant market. Its university and science institute customers in southern Europe had empty coffers. 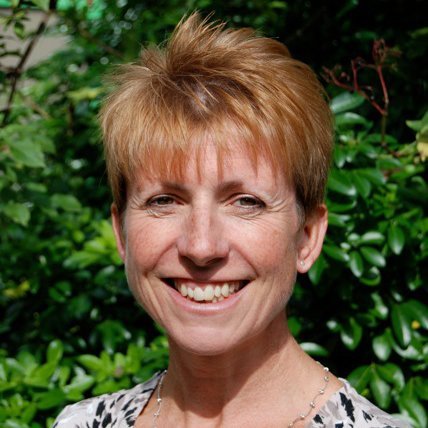 "Our vision is by 2020 we will be the go-to place for knowledge about agriculture. We cannot do that without the appropriate use of technology and the deployment of the content assets that we have"

By 2013 the organisation had put in place a new strategy. It now looked to turn its data to account beyond its scientific publishing business and, in particular, to use mobile technology as a vector to deliver advice to farmers in developing countries.

Powell used to be executive director for CABI’s publishing business. Her CIO role reflects a new structure, in line with the new strategy, whereby publishing and international development are more closely integrated, and she is in charge of the organisation’s information assets.

“The impetus was to seek growth. Our traditional academic publishing business yields 3–4% growth. In 2008 we saw almost all our customer base in southern Europe disappear. None of the STM publishers are experiencing double-digit growth.

“At the same time we were seeing an exponential growth in our projects and development activities, particularly driven by modern technology to deliver knowledge into the hands of the farmer, taking advantage of a generational leap in technology. We have people in the developing world who’ve never used a computer suddenly have one in their hands: mobile phone penetration in India is something like 68%.

“Our vision is by 2020 we will be the go-to place for knowledge about agriculture. We cannot do that without the appropriate use of technology and the deployment of the content assets that we have.”

She gives the example of CABI’s Plantwise programme. “That targets the food security problem. About 80% of the food that we eat is grown by smallholder farmers in developing countries. And of what they grow they lose 40% because of pests and diseases in the fields. If we can help them reduce those losses they can grow more with less pressure on the world’s resources, making better use of the land and production: lose less, feed more.

“We’re doing that through a combined knowledge-based approach and the face-to-face service of our plant clinics.” The farmers who come to the clinics get the option of a paid-for subscription service, delivered to their mobile phones.

Another venture is Direct2Farm, a “database of agricultural advisory information, very practical [in nature]” for farmers in India, again, made available by mobile phone.

IT at the heart

Meanwhile, back at the IT ranch, she says: “The impact on our staff [of the change in direction] has been terrific. Because the IT guys suddenly are important to the business, and they are working alongside colleagues in editorial.”

The IT team comprises some 30 staff, in solutions and development teams. They report to Powell, and the organisation has also appointed its first ever global director for enterprise architecture.

More about analytics in agri/enviro-science

One of the pieces of the technology strategy underpinning the move beyond the traditional publishing of databases and books is the deployment of MarkLogic. Another, she says, is Luxid “semantic enrichment” software from Temis.

“We recognise we have a huge reservoir of knowledge locked away in silos. Our scientists have been working for 60 to 70 years on biological control programmes and quarantine processes. They are generating knowledge all the time and all that information was not being exposed.

“We had to get at that somehow to extract value from it and blend it with our more traditional publishing content in our abstract and indexing programme, which is hugely structured. We have no intention of replacing our Progress relational database, which is very powerful.

“But we did not have any kind of bucket into which we could put unstructured data – multiformat data, images, video, geospatial data. So that’s when we started a hunt for a new approach.

“What we wanted from a technology point of view is an infrastructure and architecture that will support all of these initiatives – both our core business in the library markets and the farmers in the field in India, Africa and so on.”

MarkLogic will, she says, be involved in those in future, as a strategic partner, alongside integrator 67 Bricks. Currently, the MarkLogic XML database (or NoSQL) technology is being used as the repository for the metadata index for all of CABI’s content.

CABI plans to use MarkLogic’s semantics and knowledge graph software to extend and enhance the Plantwise programme.

“I’ve had dealings with MarkLogic for 10 years and more. They used to be out of our league – it would have been a hammer to crack a nut. But we watched as other publishers, like Wiley and Elsevier, have bought MarkLogic.”

The organisation experimented with open source NoSQL, but felt it lacking with respect to ACID transactions, availability and disaster recovery.

“We would have been uncomfortable with open source adoption. Even though we are not for profit we still need to make commercial choices. MarkLogic has the brandname and credibility we and our board required.

“It’s a bit of a leap of faith with MarkLogic, but we are hoping to launch more initiatives more quickly than we would have done previously. It’s about business agility. And it is not just a one-trick pony. It will give us the flexibility, scalability and agility we need to serve all our users and to fulfil our mission of solving problems in agriculture around the world.”

Within six months or so, she says, CABI will be able to identify where in the world a particular pest might strike next. “We can call a government and tell them our data is telling us that a pest is on the way.”