Why business should bet on open source 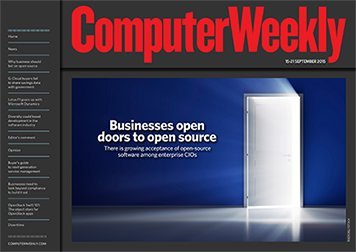 William Hill has developed a new data platform based on open-source toolkits, functional programming and Docker containers to support recommendations and gamification. Its technology stack gives a glimpse of the benefits of developing an open-source website architecture. Five years ago, analyst Gartner used to get about 12 inquiries a year about open-source databases. Last year, it received 110, according to Open Source: the new database standard paper from EnterpriseDB. The numbers may be small, but they illustrate growing acceptance of open source among enterprise CIOs. Lower software licence costs used to be a big driver for selecting open-source software (OSS), especially in a business where web traffic peaks were unpredictable, since there is no need to pay per server, per core or per user licence fees. But, given that some open-source tools are created by hugely successful websites, the technology proves it can work at scale to solve the problems inherent in webscale businesses. For instance, LinkedIn’s engineering team ...