Startup and early-stage data management and analytics companies in Silicon Valley continue to develop novel ways of tackling big data – with time-series data, data preparation and machine learning currently to the fore. Computer Weekly was represented on a recent European IT press visit to data-focused companies in San Francisco and the Valley. As always, lineaments of the future of UK enterprise IT might be discerned in the fog of San Francisco and the eternal sunshine of Silicon Valley – save when, of course, it is being biblically flooded, as it has been in recent months. InfluxData San Francisco-based InfluxData, founded in 2013, takes the view that time-series data has mostly evaded even such modern technologies as NoSQL databases, and so requires a specific focus. The company describes this as “delivering a modern open source platform for metrics and events”. (A time series is academically defined as “a sequence of observations ordered in time”). Paul Dix, the firm’s chief technology officer, said that although InfluxData ... 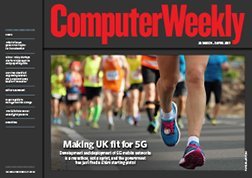