Cutting the cable: why industry is turning to wireless 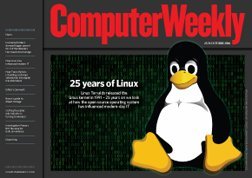 As wireless technology has become more prevalent, we are witnessing ever more examples of its practical applications beyond the realms of the office and living room, where its use was originally envisioned. Until recently, most companies within the industrial sector relied on fibre optic cables to support their network infrastructure. These cables are hardwired into place and devices are connected through set access points (APs). Whilst they permit high transmission speeds and large volumes of traffic, fibre optic cables degrade over time, causing signal degradation and a reduction in data transfer speeds. Many such cables that were installed in the late nineties are now coming to the end of their operational lifespan. As companies have grown and expanded, some wired networks have become limiting, due to the way in which the networks were first embedded in the premises. For companies based on a large site, the installation of a wired network will require cable trenches to be dug, which can be an expensive additional cost. As ...