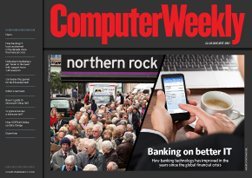 The cryptocurrency market saw three-fold growth in 2016, reaching an estimated $27bn by April 2017, according to a recent global study published by the University of Cambridge. But why have these digital currencies yet to reach the mainstream? The Global cryptocurrency benchmarking study says there are currently 2.9 million to 5.8 million cryptocurrency users globally. This may seem like a small user base to some, given the first digital currency, bitcoin, came about in 2009 and half of the world’s adult population has a bank account. Bitcoin is by far the preferred cryptocurrency, says the report, accounting for around 72% of transactions, with a record $14bn market cap recorded in December 2016. Other players have also come about and are growing, such as Ether (which has a 16% market share), Dash (3%), Monero, Ripple and Litecoin, each with around 1% of the total. “[Cryptocurrency] is a globalised as well as localised industry, with no frontiers in trading operations, but with geographically concentrated mining,” the study ...